Green tea…this is not just a word but a world for all the health and fitness freaks. However, green coffee is a new entrant in the fitness market which has created a buzz and which has left many confused. If you have a difficult time to choose between the two, here is a quick look at green coffee vs green tea.

What exactly is green tea?

Whenever green tea is named its high content of polyphenols are talked about owing to which it offers several benefits. But, do you know what exactly this beverage is? Green tea is extracted from the stems, buds and leaves of the plant known as “Camellia sinensis.” Especially the leaves that have not undergone the same oxidation or the withering that black tea leaves have.[wp_ad_camp_1]

What exactly is green coffee?

Chlorogenic acid contained in the major amount in the green coffee beans is responsible for the weight loss effect. It promotes the loss of fat by increasing the activity of a gene which is involved in the fatty-acid transport and oxidation. Also, it reduces the creation of new fat cells also due to its antioxidant effects. The green beans of the coffee works by reducing absorption of glucose and calories which decreases the output of insulin and cuts down the formation of adipose or fat tissues.

In short, it works as a catalyst for oxidation of fat, helps the fatty acids release and stimulates there absorption of fat in the liver cells.

On the other hand, the much-hyped green tea may or may not let you lose weight, even after regular use. The weight loss effect of the green tea is owed to the catechins (high concentration of polyphenols) present in it which is believed to restrict the accumulation of fat as well as it increases the temperature of body also, so you burn calories. In addition to that, it contains caffeine also which burns both fat and calories also. 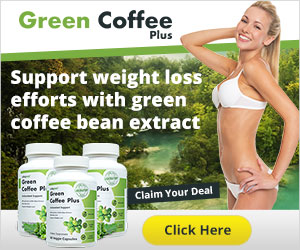 Let us compare green coffee vs green tea to all their benefits to help you weigh which one will be better for you.

It would be no exaggeration to term green tea as the best beverage on earth. As known to everyone it helps burning fat, slows down the aging process and helps burn fat. But, other than that, it has several other health benefits which are only little known……

explore more about it..

The key ingredient contained in the coffee called caffeine is a stimulant. Caffeine blocks an inhibitory neurotransmitter known as Adenosine. It in turn increases the concentration of neurotransmitters like norepinephrine and dopamine. Studies have shown that caffeine has led to better brain functions, improved mood and memory etc. Not only caffeine, green tea also contains amino acid L-theanine that has synergizing effects and increases the activity of brain by increasing the activity of inhibitory neurotransmitter called GABA.

Green Coffee bean extract also promotes brain health because of its impact on a protein known as brain-derived neurotropic Factor (BDNF), which plays a key role in learning, behavior and memory.

It reduces weight by increasing energy expenditure by 4%. Also, it oxidizes the fat by 17%. But there are some studies which have concluded that it does not increase metabolism at all. Caffeine content of the coffee mobilizes the fatty acids from the adipose tissues and makes them available for energy.

Protects Brain in the Old Age:

The tea improves the brain function and protects the brain in old-age. Researches have shown that those who take green tea on a regular basis do not suffer from Parkinson’s or Alzheimer’s disease.

BDNF levels decreases due to aging as the result of which people suffer from mental diseases like Alzheimer’s disease. It considered equally good or even better in making you sharper and smarter.

Lowers The Risk of Type 2 Diabetes:

Chlorogenic acid which is the main anti-oxidant of the green coffee inhibits the release of G6P enzyme that controls the blood sugar level.

The drink enhances the antioxidant capacity of the blood that protects the LDL particles from oxidation and hence helps in keeping the heart healthy.

Studies have found the presence of a very powerful and active aspirin-like ingredient in the green coffee beans which has a positive impact on the blood vessels that prevent platelets from clustering as a result of which arteries do not harden and circulation of blood improves largely.

Both green tea and green coffee have exceptional health benefits. They burn fat, slow down the aging process, make your brain work smarter, protect your heart and control the blood sugar level. Incorporating either one of them will improve your over and all health.

Which One is better for Those Who Want to Lose Weight Quickly?

Though both the beverages have the same health benefits but if you want to consume either one of for weight loss exclusively then go for green coffee. Weight loss results begin to appear much faster when you consume green coffee.

The drink has helped people lose weight without heavy workouts or crash diets. The unprocessed and unroasted green coffee beans possess 100% pure CGA or Cholorogenic Acid which has strong antioxidant properties that can check the levels of the glucose in the blood and prevents the skin cells from getting damaged. Apart from that green coffee is also known for increasing the antioxidant capacity of the blood dramatically.[wp_ad_camp_1]

Green coffee and green coffee beans both are available in the market for the fitness freaks. While buying them just keep the cholorogenic content of the product in mind. Go for the one that has higher percent of it to get amazingly fast results.

Health and beauty are my favorite niches. It makes me happy to explore the facts of good health and i endeavor to bring it to fore for the benefits of visitors.

Just Snoring or Deadly Sleep Apnea? All that You Want to Know!